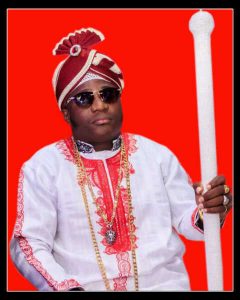 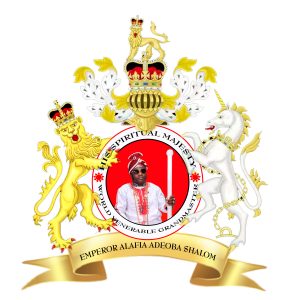 De Emperor (as he is officially called) had his college education in ILE-IFE. After his college education, he advanced his education into the higher institution where he had BSC degree in “PHILOSOPHY, POLITICS & ECONOMICS {PPE}” at OBAFEMI AWOLOWO UNIVERSITY (OAU) in ILE-IFE. Later after his university education, he was admitted into the INTERNATIONAL INSTITUTE OF AVIATION {IIA} in LAGOS where he earned POSTGRADUATE MANAGEMENT DEGREE in “AVIATION WORLD & AIRLINE LOGISTICS”. Furthermore, His Majesty also had a diploma certificate in HINDU PHILOSOPHY from the UNIVERSITY OF DELHI in INDIA and respectively he was honored with a DOCTORATE IN DIVINITY at the ALEXANDRIA UNIVERSITY in EGYPT.

De Emperor is the international spiritual leader and executive governor of GUARDIAN LIGHT MYSTIC CENTER™… Alongside His Holiness (H.H) Professor Paul Adu who is the “Founder & World Spiritual Leader Of GUARDIAN LIGHT MYSTIC CENTER™”, – De Emperor administrate the ministerial duties and executively presides over the official activities of GLMC™ as the company’s spokesperson, premier and administrator.

As an emperor of a global fraternity, leader of many international organizations & imperial custodian of transcendental spirituality, De Emperor is greatly venerated as a living divinity by all his spiritual devotees around the world and his utmost sacred mission is to – “awaken mankind from deep sleep of deceit”

This website uses cookies to improve your experience while you navigate through the website. Out of these, the cookies that are categorized as necessary are stored on your browser as they are essential for the working of basic functionalities of the website. We also use third-party cookies that help us analyze and understand how you use this website. These cookies will be stored in your browser only with your consent. You also have the option to opt-out of these cookies. But opting out of some of these cookies may affect your browsing experience.
Necessary Always Enabled
Necessary cookies are absolutely essential for the website to function properly. This category only includes cookies that ensures basic functionalities and security features of the website. These cookies do not store any personal information.
Non-necessary
Any cookies that may not be particularly necessary for the website to function and is used specifically to collect user personal data via analytics, ads, other embedded contents are termed as non-necessary cookies. It is mandatory to procure user consent prior to running these cookies on your website.
SAVE & ACCEPT
X